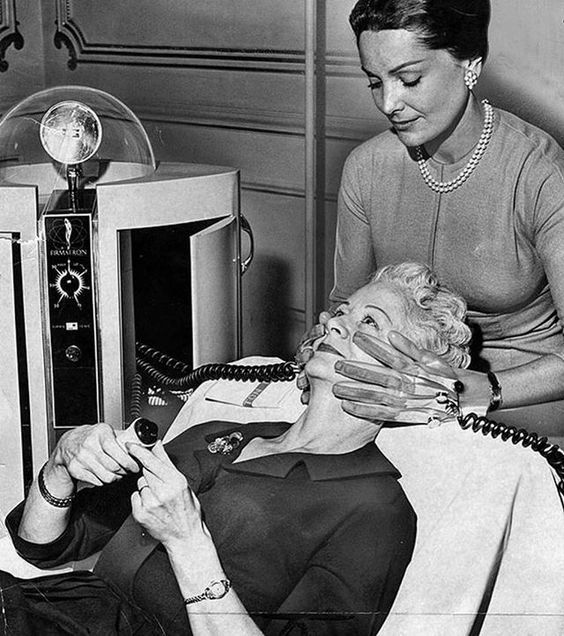 >With our innovative, intuitive & ergonomic technology, thousands of technicians in over 50 countries have delivered hundreds of thousands of plasma treatments to date. Proved shorter downtimes, fastest recovery and stunning results!

What is plasma treatment

While often described as the fourth state of matter, plasma is actually a gas. Unlike ordinary neutral gases though, plasma is made up of positively charged and ionized molecules which are able to roam freely and fast. Plasma gas is able to do things that ordinary gases simply cannot do, such as conduct electricity, create magnetic fields and enable electrostatic interactions. Plasma gases exhibit coherent, collective qualities that neutral gases don't and this makes them dynamic yet controllable. We see plasma in action all the time-  plasma televisions and neon signs are both good examples. In the case of plasma TV's, a gas such as argon is injected between two glass panels and an electrical current is passed through the gas enabling it to glow and emit specific colors. The science behind plasma goes back well over a century to people like Tesla, so we didn't invent it. Nor were we the first one to commercialize it. We have however miniaturized and perfected it to create an innovative plasma treatment for the face and body.

Through our Plasma Pen, the nitrogen plasma energy we create transfers rapidly to the skins epidermal layer whilst simultaneously heating and disrupting the deeper dermal structure via thermal conduction. We can sustain our nitrogen plasma discharge for as long as we like thanks both to our continuous AC power source and our devices fingertip, on-demand control. Multiple failsafes within the device insure that if we touch the skin or are too far away from it, then the creation and delivery of plasma immediately ceases.

...our Plasma Pen handpick converts electrical energy into an electrostatic energy to create artificial nitrogen plasma. Inside our Plasma Pen device, an electrical discharge is made by introducing voltage between two electrodes separated by a "dielectric barrier". During the plasma treatment, the charge collects on the surface of the barrier; a gaseous flash/arch of ionized plasma gas is safely released from about 1mm above the skin. Ultimately, our device is heating and subjecting neutral atmospheric gases (in our case oxygen and nitrogen) to electromagnetism to create an electrically conductive cloud of ionized gas. We transmit that energized plasma in its gaseous form (nitrogen plasma), in a non-contact way, to the skin's surface from above.

What does our device actually do?

The nitrogen plasma energy we create through Plasma Pen transfers rapidly to the skin's epidermal layer whilst, simultaneously, heating and disrupting the deeper dermal structure via thermal conduction. In doing so, we intentionally create a dual zone of micro trauma which comprises a superficial zone of outer thermal micro-damage to the epidermis and then, simultaneously, a deeper zone of inner thermal modification within the dermis- especially to the fibroblasts. The's why we often call the treatment "fibroblasting".

Most fibroblasts are inactive and are actually called fibrocytes. Fibrocytes will rarely undergo cell division and will not produce collagen unless the are specifically re-activated by a wound healing process or inflammatory response.

We do precisely that with Plasma Pen.

by Thomas Fitzpatrick, MC, of Harvard Medial School.  Only skin types I, II and III can safely be treated with Plasma Pen. Anything higher and you are at high risk for hyperpigmentation or hypo pigmentation.

Skin Types range from the very fair (Type I) to the very dark (Type VI).

"Very simply,  our Plasma Pen device is able to significantly tighten, lift, resurface, rejuvenate and regenerate practically any area of the skin. It is a cost-effective & highly compelling alternative to all other medi-aesthetic procedures you may know-including injectables, filler, micro needling, laser, mesotherapy, dermabrasion and chem abrasion and most (if not all) elective cosmetic surgery procedures."

How long long before I see results?

How long do the results last?

Permanent in some cases and generally last up to 3 years.

Is this treatment invasive?

No blood, no open wounds, so suturing, no scalpels, no cutting of the skin, no injectable anesthetic, no heavy ablation, no excessive collateral thermal injury, no chemicals, no thinning of the skin, no complications and ultimately no need for costly and invasive surgery.

What skin types can safely be treated with Plasma Pen?

Plasma Pen delivers exceptionally l long lasting results. From all observations, clinical trials and real world experience, about three years is normal. Once the skin is tightened, it is actually permanent. However, your skin will still continue to age and this will happen at different rates based on genetics, lifestyles choices and free radicals so although we suggest treatment results will last for around 3 years, some clients will experience longer results than others.

We don't think so and especially not with our #1 device. For many, Plasma Pen is virtually a pain-free treatment and is often described as merely tingly. However, the treatment may be moderately uncomfortable depending on you and the area being treated. Your technician will numb the area before treatment and sometimes during too. Think how painful something like cosmetic surgery can be after a procedure when your anesthetic wears off.

How many treatments will I need?

Each and every client is different and your treatmentpla will always be bespoke. In our experience, some clients may require 2 or more treatments to achieve optimal results, especially for some procedures and skin conditions where the results will be cumulative by design. Many clients are, as we say, absolutely delighted with the results that our technicians are able to deliver after just one treatment.

How long does a Plasma Pen treatment take?

Our treatment is probably the fastest out there thanks to our spectacular plasma delivery. There are a superfluity of treatments available but, to give you some examples, it should require about 30-40 minutes to treat your upper or lower eye areas. Procedures like a full neck treatment or a full forehead lift will be longer and prior to any treatment, you will have the area numbed. If you include pre-treatment consultation and aftercare advice, this will extend the overall appointment time.